The On Cloudstratus Review: A Week of Testing

Anyone who has known me for the past two years or so will know I love trying and wearing On’s running shoes.  Earlier this year, On released the Cloudswift, their first shoe made with their own Helion superfoam and now On has made their second new release shoe available, the On Cloudstratus. 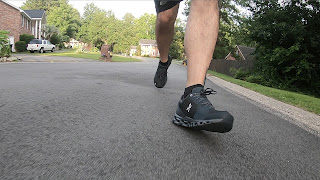 When you look at the Cloudstratus from the side, the double layer of Cloudtec pockets look like they are designed specifically for heel striking runners like myself.  However, if you were to watch any of On’s videos, you’ll notice that every one of their model athletes are mid-foot strikers.  So these shoes are good for either type.  The Cloudstratus’ pockets will provide support and comfort no matter how you run.

So on 20 June, I ordered a pair of the On Cloudstratus.

I have worn these shoes every day since I received them in the mail.  I’ve done several runs and even a four mile race in the Cloudstratus.  I wore them every day at work, and considering I work in a seven story building and I have to be on my feet for the majority of the day, I think I broke them in for my running. 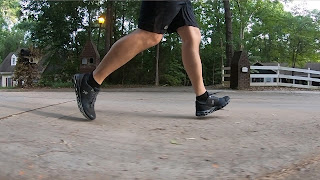 The Cloudstratus is built for medium to long runs on road-like surfaces. Besides the double layer of Cloudtec pockets made with On’s Helion superfoam, the Cloudstratus also has a speedboard built in it, uses a modified version of the On Cloudflyer’s star lacing pattern system, features an asymmetric front and back, has a ribbed insole, and oen of the more breatheable uppers I’ve seen for a running shoe.

In an unusual move for On, the Cloudstratus has an 8mm drop. I’m used to On shoes having a 6mm drop, with the Cloudswift going with a 7mm drop instead.  I don’t think one or two millimeters will matter, but eventually they add up, so hopefully On doesn’t go any higher on the drop distance.

The Cloudstratus is the heaviest of all the On shoes I own.  I don’t have a weight for the Cloudace shoes that I tested when I did a demo run with Fleet Feet, but my US men’s size 10 Cloudstratus shoes weigh 11.7 ounces or 337 grams each.  My Cloudswift are in second in terms of weight with each shoe weighing 10.75 ounces.  Compared to my Cloudflyer at 9.5 ounces and my On Cloud at 8.6 ounces, it would seem the Helion feature allows for more substance to be added, thus increasing the weight of the shoe. 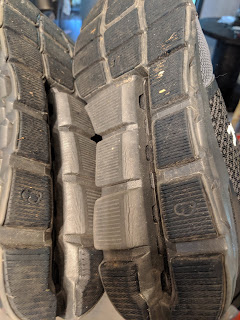 Back to the dual layer pockets, On’s Helion foam is supposed to be light, yet durable.  I can easily say that the Cloudtec pockets are doing their job with collapsing and bouncing back.  But on my second run, I did notice little cracks or creases forming on the underside of my shoes. I fully intend on keeping an eye on that area to see if anything happens. Also, I already sent a message to On’s customer service along with the picture you see here.

The On Cloudstratus has a speedboard built into it, just like the Cloudswift and most other models from On. The speedboard acts very similarly to the spring board found in the Nike Vaporfly 4%, but the Cloudstratus is less expensive and a good alternative for that.  The speedboard is supposed to help propel you forward so you use less energy with each push off the foot.  It may be the hype, but I did feel a little more spring in my step when I sprinted in these shoes.

On made the front and back in an asymmetric pattern so that the shoe would be more fit to the foot and to keep the foot more stable as you run.  The star lacing pattern that I love on the On Cloudflyer makes its return here, but in that aforementioned asymmetric design. 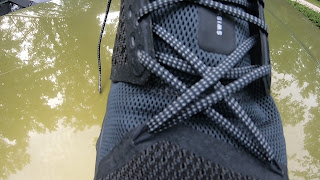 The back of the asymmetric shoes have a hardened ridge that helps keep the ankle and back of the foot upright and where it needs to be. 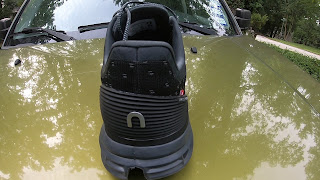 The insole has a special ribbing where the arch of the heel meets the shoe.  On touts that this feature helps with proprioception, the act of improving sensory feedback and aiding the body in know where it is in space.  All I know is that I feel better with the ribbing there because it grips my sock and keeps my feet from sliding about.

As for the actual running, here is how they went.

The initial test run felt great.  The back part of the shoes cushioned my feet so well, I thought these shoes were better than the Cloudflyer.  The front felt alright; it was still cushioned, but not as much as the back.  That was a 2 mile run.

The second run I did, I ran a little faster, and had a sprint session towards the end.  This was also a 2 mile run.  The back area still felt great, but this time the front felt a little more cushioned.  Maybe it’s because I kept breaking in my shoes by wearing them to work and walking around all, but the front was a lot better the second time around.  The sprinting felt a little faster, too, and either that’s me believing the speedboard helped or the speedboard actually helping. I did notice the creases at this point, though.

The third run I did was a slow 1 miler in order to get my dog ready for an upcoming 5k race at the end of July.  I didn’t notice anything out of the ordinary with the shoes while I was running at a much slower pace.

The fourth and final run I did the Born in the USA 4 Miler.  This race had hills, people as slow-down obstacles, a few water stops, and a downhill sprint.  I started a steady pace, but would have to slow down and then speed up as I passed groups of people.  I stopped during the water breaks, mostly because of the humidity.  But after trudging up the hills and enjoying the downhills, I finished the race and I can easily say that the Cloudstratus performed better than expected.  I did look at the bottoms of my shoes afterwards and the cracks are a little bigger than before.  Again, this is something I need to have On address.  So far, they don’t look like they are hampering my performance, but still it’s something I am going to keep a close eye on.

One other issue that is a concern for me isn’t from the Cloudstratus, but from the Cloudswift.  I bought the Cloudswift three months ago, and a UK Youtuber, Chris Ford of “Fordy Runs” noticed that his pair developed a few holes in the heel area.  Several people commented on his video and in other social media platforms.  I took a look at my shoes and saw the holes forming on the inside of my shoes as well.  This is something I’m not used to.  My old On Clouds and my Cloudflyer never developed fabric tears like my Cloudswift.

I don’t like to paint the shoes in a negative light because overall they are doing their job well and they feel great. They provide a lot of cushioning, perhaps even more than the Cloudflyer.  My only concern right now are the creases that formed on the Cloudstratus, but I will have several updates in the upcoming months regarding this. 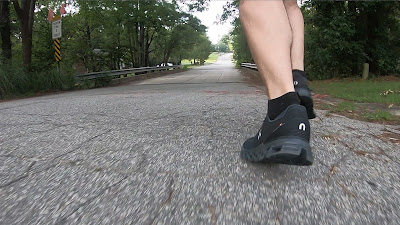